Many developing countries have large reserves of natural resources, including oil, gas, coal, gold, copper and other mining products. These resources should contribute to the capacity of these countries to develop their economies, through, for example, exports, job creation, and revenue reinvestment in other sectors.

The reality, however, is very different. Decades of irresponsible mining and oil and gas exploration have produced devastating effects in many developing countries, on local environments and communities, and on the climate:

International and private financial institutions continue to co-finance the investments of major fossil fuel companies, despite their well-documented and destructive impacts on people and planet. These investments undermine institutional commitments to social and environmental sustainability criteria, poverty reduction, development and renewable energy.

Friends of the Earth Europe works to expose cases where energy companies fail to fulfil these requirements, or flout international and local laws and standards, as well as their own codes of conduct. We aim to uncover the inconsistencies between the promises and the practices, to raise awareness about the impacts of the extractive industry on development, poverty and the environment, and to ensure that the financing of the extractive industries is transparent, accountable and makes a positive contribution. 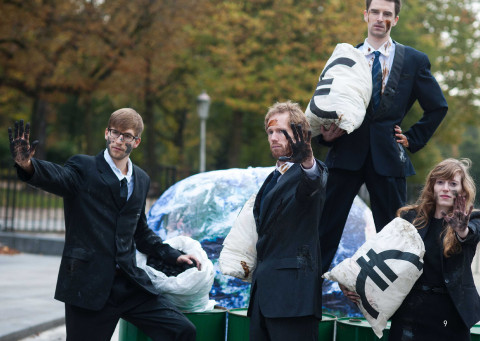