The Georgian government is pushing through plans to build more than 150 large and medium hydro-power plants, spelling disaster for communities and wildlife.

Many of these dams would be sited around protected areas, and deprive people of access to the water sources they depend on. 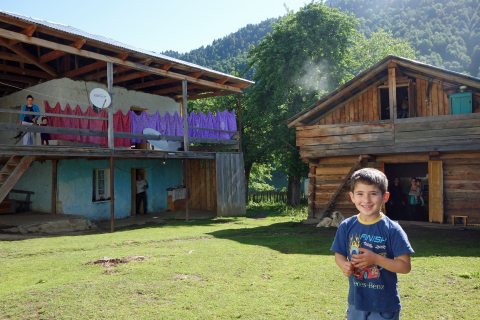 The Greens Movement of Georgia/Friends of the Earth Georgia working hard to show that these new hydro-power plants are not needed, and it is possible to get the same amount of electricity from restoring the country's old hydro-power plants as by building the new set.

But just now, their main priority is to stop Nenskra hydropower plant.

Nenskra hydro-power plant is one of 35 plants slated for development in the Upper Svaneti region, in the north west of the country. Over 70% of the hydropower plants planned for Upper Svaneti would have a direct impact both the livelihoods of local communities and the region's rich biodiversity. 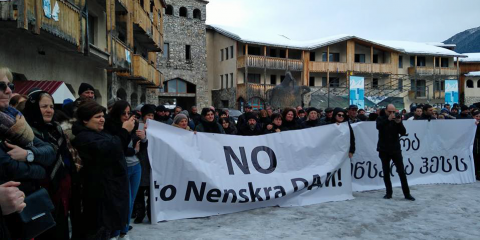 The 280 MW Nenskra project includes the construction of a 130 metre-high dam on the Nenskra river, which would flood up to 267 ha of forests and communal lands.

Additionally, an 8.7 metre-high dam and a 12.4 kilometre diversion tunnel will be built to bring water from the river Nakra to the Nenskra reservoir. The scheme will considerably reduce the flow of the river, leaving just 10 per cent of its average annual flow downstream.